Tomorrow is the biggest home game for Boston University this season. The Terriers will be hosting Harvard at Case Gymnasium at 1PM. This should be an event, something to draw in swarms of BU students to support their team. Yet there is a problem, a threat to this plan.

Harvard is trying to invade BU. Do I have your attention? Good. Harvard travels well for basketball games, especially when they could jog over to the arena. Harvard has purchased a large amount of tickets with the intent to turn this game into a home contest for the Crimson. 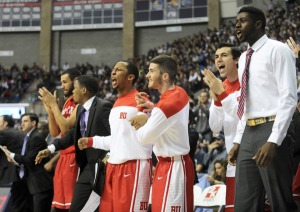 This cannot happen. We cannot let Harvard get away with these shenanigans. We must get every student we can to get to this game and cheer from the tipoff to the final buzzer.

Now you might be saying “Well isn’t Harvard supposed to be good?” I’m not going to lie; they are a good team. They are currently 8-1 on the season on a four game win streak. Last year they not only made the NCAA Tournament, but they upset New Mexico in the first round. Coach Tommy Amaker has built a budding program in Cambridge.

But so has Joe Jones, head coach of the Terriers. He and his staff have put together an incredible group of young men that were picked unanimously to win the Patriot League and make the NCAA tournament. 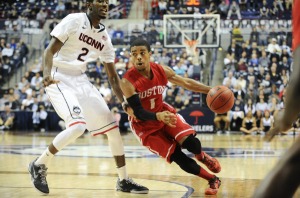 The team features dynamic veteran guards like Maurice Watson Jr. and DJ Irving (who buried a game winning shot against Quinnipiac earlier this week), who are commonly referred to as one of the most dangerous backcourts at the mid-major level in the nation.

There is a great energy from both Travis Robinson, a senior, and Cedric Hankerson, a freshman, off the bench that no doubt sways the momentum of the game.

There are hyper-athletic forwards that terrorize other teams in Nate Dieudonne, Malik Thomas and Justin Alston.

We’ve got a mini-Dirk Nowitzki in Dylan Haines.

We have a three-point assassin in John Papale. 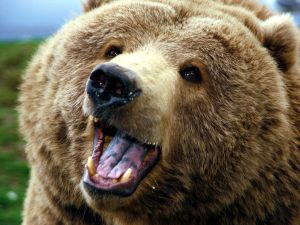 We even have a guy who has routinely been mistaken for a grizzly bear because of his size (6’7″, 240 pounds) and strength in Dom Morris. 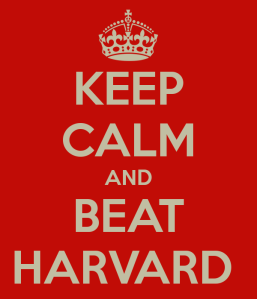 BU has a great team. Yet they don’t draw in the crowds quite yet. Let’s change that. This game versus Harvard has to be a statement. It’s time the Terriers show what they are made of. Plus, we have a chance to beat Harvard in something and you should never pass up that opportunity.

Maybe you need a little more convincing. At the game, Mayor Menino will be at the game collecting canned goods for the bostonCANshare program. If you bring a can, you get free Ben and Jerry’s ice cream. Read that again, that wasn’t a typo. THERE IS FREE ICE CREAM IF YOU BRING A CAN. Charity already rewards you with good karma, now it rewards you with Chubby Hubby too. I can confirm that the flavor for tomorrow is the new limited edition Scotchy Scotch Scotch inspired by Ron Burgundy himself. 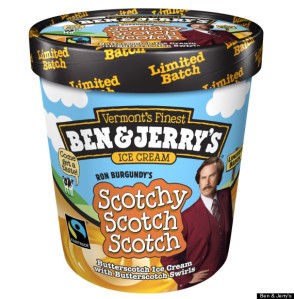 So you get a chance to see a great basketball game, support your school, get free ice cream, support a stellar cause, beat Harvard and have a great time. How could you possibly say no?

Get excited Terriers, and get your tickets. Tomorrow we go to war.

Connor Lenahan (@ConnorLenahan) is the founder and editor-in-chief of Connorlenahan.com. He is a freshman at Boston University, majoring in journalism. He can be emailed at lenahan@bu.edu