When I was in seventh grade I had a revelation. If I was never going to make the NFL – which would be a long shot as I am a 5’3″, 145 pound QB with a bone condition – I should refocus my attention towards a different outlet. I called Pete Carroll at USC and told him that I would have to back out of my scholarship offer as I had retired. To this, Carroll replied “Who the hell is this?” He was in denial. I still have nightmares of breaking his heart all those years ago.

As the saying goes: those who cannot do, coach. So that’s what I decided to do. As another saying goes: when your unquenchable thirst for power is at an all time high, become the commissioner of your own sport.

Today will mark my 8th year as coach of the Waverly Chargers football club and also my 8th season as the master and ruler of the XFL. I call it Commissioner for short. Also, for the power high it gives me.

When the real XFL folded after one season in the early 2000s a gaping hole was left in the hearts of literally hundreds of people. This could not stand, much like me after a broken leg. I needed to help out those in need. I felt a personal connection.

So, in 2007, we began the XFL. The league was given a test run – 10 teams, family and friends, all but one rookies to the game. We had no idea if it would take off or crash with Hindenburg-esque proportions. We started playing that year with no idea what we were doing. That winter, after four Rob Bironas field goals on Sunday Night Football, our first champion (yours truly) was crowned. We knew that this was going to be the rest of our lives.

Every summer, on the weekend closest to my August 18th birthday, we return to my house in northeastern Pennsylvania to draft anew. The league has since grown to 16 teams. We have a scoring system going on 8 years now that makes no sense at all. We abolished defenses in 2013 because we hated them.

This league is actually what got me started as a writer way back when. I wrote columns about the league for those in it. That led to Unbreakable a few years later. Now, years after my last XFL column, I am bringing them back.

But you don’t know the league like we do. You’re new to it. Don’t worry, I have a guide to the personalities you will come to know, love, and/or hate this year.

Normally I’m good at this. In fact, from 2011-2012 I went (23-3). I didn’t win either championship. Last year my luck ran out. Actually, that might be putting it lightly. I went (3-10) and regularly spent my Sunday afternoons muttering angry things under my breath about Shane Vereen and Roddy White. It’s just not fair. Seeing as I am your narrator this season I should be your favorite player. Got it? Got it. Plus being a Waverly Chargers fan means you get to enjoy the human highlight reel that is Cordarrelle Patterson.

For as much as everyone in the league likes to make fun of him, Matt is actually great at this. He was a Phil Dawson extra point away from a title last season (hold this thought). He’s the greatest hype man in history despite the fact he will only do this for his own team. He will insist that “Peyton Manning is still a pansy” while the man is throwing his fifth touchdown. Any pick in the draft that is not boarding a plane to Green Bay is a “bust,” “loser,” and occasionally “a communist.” He’s naturally a villain to everyone in the league, but in reality, everyone roots for him at the same time. He’s just too entertaining not to.

For the past couple of years in the league Matt Gronsky has quietly assembled one of the most consistent runs ever. He’s finished below .500 once, and it was (6-7). He quietly knocks out opponents like a deaf-mute assassin. He doesn’t talk trash. He doesn’t need to. He simply points at the scoreboard. That’s when you look up and realized, shockingly, he went (10-3) and no one noticed. Oh, and he has Marshawn Lynch and Percy Harvin this year. This could get really, really fun.

Last year Matt Bruzzano played his dad, Paul, in the title game. Paul’s kicker, Phil Dawson, hit a garbage time extra point that left the title game in a tie. The family matchup played a second week to decide a winner. Matt came up just short once again, as Dez Bryant finished a catch or two away from bringing the title to Green Bay. Now Paul Bruzzano is a two time champion and looks to defend his title against a hungry league. Paul Sr tends to hit jackpots with his selections, with many of his lottery ticket choices making it big. This year his quarterbacks are Matt Cassel and Derek Carr. If he ends up in the playoffs again I am going to scream. He’s going to make it, I know it. Then he’s going to win the Powerball. Why? Because that’s what he does.

Jason the Giant Slayer. During my almost perfect 2011 campaign, (12-1) with one super unlucky regular season game, I ended up in the championship against Jason. This was Jason’s first season. He was the heavy underdog. Yet, like his real life team the New York Giants, he knocked off the behemoth in front of him to capture the title. Unlike the Giants, he did it by laying down one of the best games in league history. He has one of the five highest scoring performances by a team ever, A normal week is between 1200 and 1400. Jason threw up a 2300 in the title game. I’m not even mad. To this day Jason will not anyone forget about this victory, despite the fact that he has gone (12-14) the last two years. No, I’m not bitter, why do you ask?

A man who works in mystery. Eric, due to work commitments, has never been able to draft in person. Therefore there are a great deal of people in the league that have never shaken hands with the man that has beaten them for years now. It’s actually the coolest thing. Eric has however let us in on his notoriously guarded coaching style by revealing his draft strategy. “I normally pick by favorite colors, which mascot would win in a fight, and the easiest names to pronounce.” Seeing as he has Calvin Johnson and Colin Kaepernick (not sure how that hits two-thirds of his criteria) this could be another great year in Texas.

Cole began his career in the league hot, going (23-16) in his first three years and making a championship game. He then struggled mightily, (2-11) & (6-6-1), before returning to his previous victorious form of (9-4) last year. Cole then proceeded to sleep through the draft a few weeks ago. This will be a odd year for his squad. In Matt Ryan we trust. In Andre Ellington we hope.

Dan Griffith, my greatest enemy. A man I have met in the title game twice now. A man who has taken to the message board for close to a decade to assert his dominance over everyone else. This is especially intriguing given that Dan is a singular win over .500 for his career. I love this man dearly. That said, if his team were to go (0-13) the streets of Boston would flood with my tears of laughter. 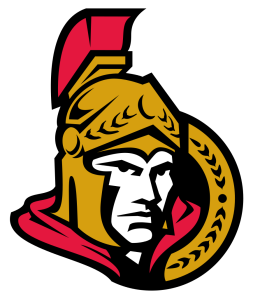 Cary is a magician. Here’s what happened: Cary played two seasons from 2009-2010. I would like to point out that he 12 years old at the max during this run. He went (8-18). Then he took a year off. He came back in 2012 and has since gone (18-8) in the past two years. He figured it out and entirely flipped his record. He took Aaron Hernandez last year and still went (8-5). He is either a wizard or bribing NFL officials.

For years this team was managed by my grandfather Bub. He decided to retire two years ago and turned over control to Sean. From that moment on he has been public enemy number one in the league. There’s no reason for this; Sean has been a friend of ours for as long as I can remember and is by all means a great guy. We all just want to destroy him. In some aspects, Sean is our Dallas Cowboys. We all have no problems with this.

Pat Haggerty is quite possibly the smartest person I know. He can do math that leaves me cowering in fear. However, I’m about 99% certain Pat thinks that Jeff Garcia is still a starting QB in the league. That’s why this season’s addition of Ryan Gilbert, a very knowledgable football mind, will help him dearly. These two believe that they will win everything. I think they will crash and burn. They do have Peyton Manning. I will probably be wrong.

When I was totaling the win-loss for every team I would have bet anything that Chase had a good record. I was wrong. He’s had two great seasons, but the rest of them are very middle of the pack. I somehow missed that Chase went (4-9) twice before winning the title in his dominant (10-2-1) season in 2012. Hopefully this year his luck turns for the better. Just not against me. I don’t wanna lose to my younger brother.

“Rage” is a very appropriate name for Greg’s team. Every year something seems to go wrong. Want proof? Greg took Cam Newton in the first round of this year’s draft, in the top 10 in fact, and Newton is not playing week one because of a broken rib. The number of punches thrown into pillows in the Fenn household is at an all time high today.

Oh Matty. He tries so very hard. It’s adorable to watch him get so excited every season, then have everything go wrong. Luck is just not his friend. I love the guy, and hopefully this is the year he figures it out. But it probably won’t be.

Andrew’s record is deceiving. This will be his third season in the league but his record looks worse than it is. Last year his team fell apart. He went (2-10-1). That was not a mark of bad coaching, rather a mark of bad luck. Now this year he gets the fantasy gold that is Drew Brees. Finally the Lions will be good. 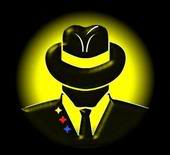 That career record is not a typo. He is 30 games under .500. Dan is beloved throughout the league. We all want to see him do well. It just never happens. Dan has gone (3-10) an astonishing four times. The closest he has ever come to going over .500 was when he started a season (6-1), briefly held stand alone first place, and then lost six straight games to miss the playoffs and go (6-7), which he has gone three times. Please let him win, we need it.

Get hyped. The XFL is back. Life is great.