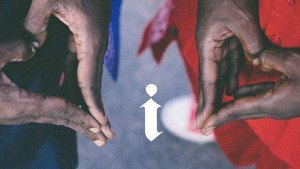 For the past 24 hours I have listened to Kendrick Lamar’s new single, “i,” more than anything else on my iPod and it isn’t terribly close. I don’t mean “i” vs. (insert random song), I mean “i” vs everything combined. This is what happens when the best rapper alive releases new music and it’s awesome.

“i” is a weird song. This is purely a notion brought to mind because of Kendrick’s previous work. “i” does not sound like “ADHD” or “Backseat Freestyle.” It sounds, as many on Twitter were quick to mention, like Andre 3000. The vibe of the song does not match with the dark, ambient tone of good kid, m.A.A.d city. It has a funk that sounds closer to OutKast than just about anything else that comes to mind. This is in no way a bad thing – nor is it anywhere close. OutKast is one of the best rap outfits in human history with Andre 3000 being widely accepted as one of the best rappers in history. Being compared favorably to OutKast and Andre is a great thing.

People have knocked “i” for sounding “too pop” and straying too far from the King Kendrick of 2012 on GKMC. This isn’t necessarily wrong, but it’s also looking at the song with blinders on. Kendrick Lamar does not make albums full of singles. One of the reasons why he is the best in the game is his versatility. “Bitch Don’t Kill My Vibe” does not sound like “Swimming Pools,” which doesn’t sound like “Compton,” which doesn’t sound like “Real,” which doesn’t sound like “Poetic Justice,” and so on. Kendrick is an album artist. “i” signifies the tone of a singular song, not the entire album. That is admittedly speculative, but history backs it up with the above GKMC comparison. Alex Pappademas of Grantland alludes to the same point here. This is a song that is intended to be played amongst others. There is a larger work in play than just “i.” This isn’t a reason for panic, this is a reason for excitement.

Making good kid, m.A.A.d city again would be too easy. The world doesn’t get anything out of Kendrick getting content with where he’s at. By coming out with a sound that’s entirely foreign – a sound that he owns all the same – it shows an evolution of the artist before the public’s eyes. Look at Kanye West; The College Dropout, My Beautiful Dark Twisted Fantasy, and Yeezus don’t sound the same at all. All three are classics. Kendrick and Kanye are creative peers – people that put out the absolute best music in the genre whenever they get in the studio. After a few years of more than earning the moniker of “King Kendrick,” hasn’t he earned the ability to experiment?

Of course he has. That’s why “i” is the most exciting song to come out in a long, long time. Kendrick Season is upon us. All hail the king.