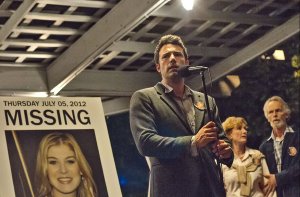 I go to the movies a lot. One of my favorite things in this world is getting to leave my house and watch a movie in theaters on the gargantuan screen. Closely following this in terms of my favorite activities is watching movies on my laptop in my bed. What can I say? I’m a movie guy.

Everyone has their personal preferences for their favorite directors and mine is fairly clear. I’m a huge fan of Christopher Nolan, Frank Darabont, Quentin Tarantino, and more. None of those reach the same level as David Fincher for me. David Fincher has more movies in my personal top 25 than anyone else working today. He may not be as recognizable as Nolan to my generation of viewers, but he has undoubtedly made some of the best movies of the past 20 years.

In 1997 he made The Game with Michael Douglas and Sean Penn. This thriller, designed around a complex game that takes over a man’s life and blurs the line between reality and the game itself, remains one of my favorite watches ever. Like Fincher at his absolute best it keeps me in lock step with the story every single second it plays. I’m sold from the opening frame. This movie is almost entirely unknown to my friends, and I’d like that to change.

In 2007 Fincher made Zodiac. Zodiac tells the story of the famed San Francisco Zodiac killer and is otherworldly executed. Brilliant casting as always, Fincher has a trio of leads in Jake Gyllenhall, Robert Downey Jr. (pre-Iron Man), and Mark Ruffalo. It’s dark. It’s twisting. It’s impossible not to love it. Plus it features “Deacon Blues” by Steely Dan, my favorite band of all time, which is the metaphorical cherry on top.

But, of course, Fincher would be recognizable to my friends and classmates through The Social Network – his 2010 picture about the invention of Facebook. The Social Network lost a Best Picture race it more than deserved to win and remains in my personal top 5 favorite movies of all time. I could go on for days about how this movie is incredible. I could laud every line of dialogue in the Aaron Sorkin penned script. But I would break my hands before it was finished. Simply put, The Social Network is amazing.

Tomorrow brings the world – Read: Me – his latest and greatest, Gone Girl. An adaptation of Gillian Flynn’s best selling novel of the same name, Gone Girl has drawn rave reviews and praise from every set of eyeballs to see it thus far. I will be joining them tomorrow night. I’ve blabbered on in the past about my excitement for Gone Girl and this is another chance to point out that this is going to be an amazing amount of fun. I cannot remember the last time I was this excited about a movie’s release. If I had to guess, it’d be The Wolf of Wall Street, but that never reached the level of excitement in my brain that the personal hype for Gone Girl has. We are almost there. At this time tomorrow I will be joining the search for Amy Dunne. You should too. I’m overly excited – call it The Fincher Effect.

One thought on “The Fincher Effect”