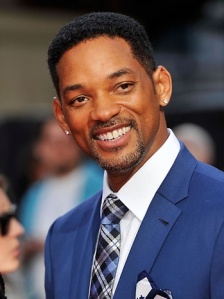 Even now, in 2014, Will Smith is one of the biggest movie stars on the planet. True his recent quality of movies has dipped – his last release, After Earth, was reportedly unwatchable – but I’d be hard to find anyone I know who would either claim not to like Smith or claim that his presence in a film would make them less likely to see it. The guy is a draw. He is also a former Oscar nominee for Ali and The Pursuit of Happyness. Similarly, I don’t know of a person I could ask that would argue that Smith isn’t one of the stronger actors they’ve ever watched. But he wasn’t always this way. He wasn’t always a global star and he wasn’t always a lights out actor. After all, he began his career more with music than movies. It wasn’t until he was cast as the lead on The Fresh Prince of Bel Air that he found his footing.

I was watching videos online today when two separate ones from separate entities – Grantland and WatchMojo – brought the following scene back to my mind.

I’m not lying in saying that I either cry or begin to every time I watch that video. I get physical chills throughout my body even though I know almost the entire thing by heart. This is special for a few reasons. This is special because it’s when Will Smith became Will Smith. This is also the first time Will Smith ever outacted the entire world. There’s no need to go back in time and give him an Emmy for this. We have the clip over twenty years later. We can look at it with awe and collectively want to give Will a hug alongside James Avery’s Uncle Phil. It’s almost impossible not to be moved by this.

As someone who likes getting to watch amazing artists do amazing work this has been and will remain one of the best examples I have ever seen. This is next level. This is legend. This is when Will Smith became Will Smith.

← Down With Gourds
Whippersnappers →