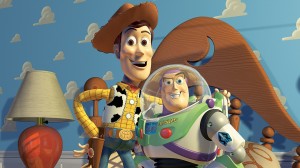 Nothing else matters. No. Shut up. Right now. It can wait. Take a seat because it was just confirmed that Toy Story 4 is going to happen. I told you all else could wait. Commence crying hysterically in sheer joy.

I have never met a person in my life who is not a fan of Toy Story. This is because I’m relatively certain these people do not exist. The trilogy that currently exist is essentially perfect and it would be hard to find a dissenting opinion. Even with large gaps between the previous films – 1995’s Toy Story, 1999’s Toy Story 2, and 2010’s Toy Story 3  – they have maintained only the highest bar in cinematic achievement in performance and story. There is no reason to believe that Toy Story 4 will be anything other than amazing as the average score on Rotten Tomatoes for the three films is a whopping 99.3%. That is what is normally referred to as “without flaw.”

But more importantly is the immediate joy that this announcement brings. As I’ve previously stated this series is universally beloved by everyone I know. The thought that we will be able to again play with Woody and Buzz is incredible. Just the other day in class I watched the opening to Toy Story 3 again and found myself endlessly entertained in a way that not many other movies are capable. When Evil Dr. Porkchop’s spaceship appears overhead I burst into hysterical laughter not because it was ridiculous, but because it was a trillion times more entertaining than most summer blockbusters ever hope to be.

It’s going to be a few years – I will have graduated from college before it hits theaters – but dammit will that wait be worth it.

← A Series of Unfortunate Events
Weekends →