We have reached the critical point. With two games to go before the playoffs the stakes for each of the sixteen teams in the XFL have never been higher this season. Now it’s time to look at what every team is actually playing for in Week 12.

For New Orleans: Actually the Tigers would probably be best served to lose this game. At this point they are entirely out of the realm of competition for a playoff spot and instead are neck and neck with New York for the top overall pick and the presumed Andrew Luck sweepstakes. Losses count more than wins here.

For Oklahoma City: Clinching a playoff spot. A win here makes the Week 13 game with Philadelphia a formality more than anything. Should OKC drop this game it would make the season closer into a must win situation. Needless to say, Andrew is going to be giving it all to win this one and leave little up to chance. 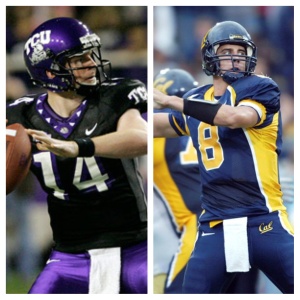 For Philadelphia: Philly is in an interesting spot now. In weeks past I had already written off their season assuming that the seventh loss would come eventually. However, due to a string of good luck, they aren’t quite out of it yet. Philly would have to upset a suddenly healthy Chargers team and then beat a good Lions team to make it as a low seed in the playoffs now. This is now an all or nothing game for them.

For Waverly: Clinching a playoff spot and a potentially good seed. Waverly is favored against both Philadelphia and their Week 13 opponent Las Vegas. Having this edge, should it win both games, would mean an 8-5 record and a middle seed in the playoffs rather than a date with Seattle and Minnesota. This should be one of the marquee match ups this upcoming week as it will change the playoff picture with either team winning/losing.

For Seattle: A tenth win. Greg has a chance of leading his Rage team to the best mark in team history at 11-2. Should he win this game he would be a step closer to it. He has a two game lead on the next team (Miami, oddly enough) for the second seed in the playoffs so a loss doesn’t matter much.

For Miami: Higher seeding and bragging rights. Bub Fenn, the legend, clinched a birth in the playoffs last week with his seventh win. Should he take down Seattle (something that is entirely possible) he would be in line for the third seed and bragging rights over his son for the foreseeable future. Miami must win this game. 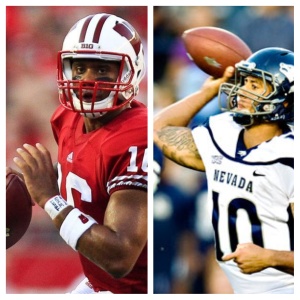 For Chicago: Nothing. Much like New Orleans this game means nothing to Chicago past the dual threat of personal pride and potentially killing Houston’s season. Jason’s motivation here is entirely dependent upon any unknown vendetta for Eric Pevoto and/or wanting the right to draft in the top 4 again next year.

For Houston: Essentially the season. Due to a log jam of teams sitting at 6-5 Houston is sitting in 9th place due to their scoring on the season. This creates an issue for the team unless they can win both their games to close the season. Houston looks to be the most vulnerable of any of the playoff hopefuls at 6-5 which means one of two things must happen. Either they must win this game outright, or lose with a high score before defeating Washington. Houston is on the edge right now. 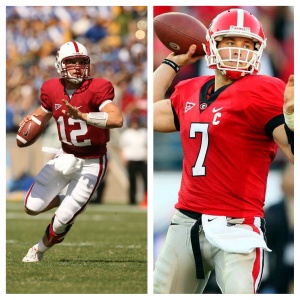 For Washington: Everything. After a miraculous comeback to 5-5 from 1-5 the Senators season may end as quickly as it recovered. A monster Le’Veon Bell performance saved the High Rollers in their matchup versus the Senators last week. Now Cary is up against a wall. He needs to beat New York and Houston to make the playoffs. That’s right. Week 13 has the potential for a “win-and-you’re-in” game between Houston and Washington. To make matters worse for Washington their best running back, Ben Tate, was released from the Cleveland Browns this morning. His only backup, Pierre Thomas, is hurt. Nightmare is spelled w-a-s-h-i-n-g-t-o-n.

For New York: Killing Cary’s season. Forget winning the Luck sweepstakes, Chase has the potential to smother his younger brother’s playoff chances with a pillow and still get Drew Brees/Aaron Rodgers/Peyton Manning. Chase will and should give anything, including his soul to the devil, to win this game. Just to make Thanksgiving 5,000,000 times more interesting/hostile.

For Las Vegas: Avoiding a “must win” at all cost. Should Las Vegas lose this game that means that they will have to go into Week 13 against a good Waverly team for any and all chance at making the final eight. It’s been hard enough to beat Minnesota thus far, only OKC has done it, but Las Vegas will have to do it with two hands behind their back and a blindfold on. Le’Veon Bell, the Obi-Wan level only hope for the High Rollers is on bye this week, leaving the running back situation as *shudder* Bishop Sankey and Roy Helu/Toby Gerhart. Lord have mercy.

For Minnesota: Continuing towards tying Waverly for the record of “Most Wins in a Season.” Waverly went 14-2 (including playoffs) in 2011. The only way to improve is to go 15-1 or 16-0. Minnesota has the potential to do the former, and knowing Sean, will be trying to do it. Why? Because he’s evil. 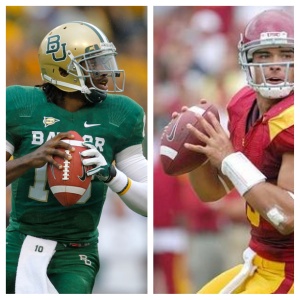 For Kansas City: The first winning season in team history and a playoff spot. Pray to whatever you believe in because the end is nigh. That’s right, the day we all knew would come eventually is possibly upon us. Dan Schlosser may actually crack .500 and make the playoffs. May God have mercy on us all.

For Pittsburgh: Draft slotting. All that matters here is where in the top 5 Matt will be picking next August and the thought of keeping Dan out of the playoffs. Given everything I have ever seen with voodoo bet on Pittsburgh to win this one outright even if they bench four players. 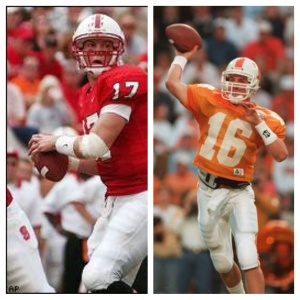 For Green Bay: The chance to, somehow, sneak into the playoffs. Much to the disbelief of every other team, Green Bay is still around. They need to beat Denver and then beat New Orleans (who has publicly declared their burning desire to beat Green Bay) to have a chance at sneaking in. This is a must win by design. Knowing Matt he will either win this or lose in tragic fashion. Either way he will be active on Twitter Sunday, meaning only the highest of comedy/rage.

For Denver: Clinching the playoffs and beating Matt. Forget about the playoff spot, the real stakes here for Denver are the potential to make Matt Bruzzano break every piece of furniture in his room on Sunday. Did I mention all owners involved here – Bruzzano and Denver co-owners Pat Haggerty and Ryan Gilbert – all go to Pitt? This is gonna be fun.

← Ball is Life
Malice at the Palace →