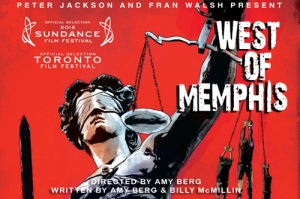 My dad and I share a love of watching true crime shows. You know the exact type I am talking about – Dateline, Investigation Discovery, etc. The two hour programs that you will find by pure chance and get caught up in. You become emotionally invested in the story and trying to figure out who committed the crime for each case. While the case of the West Memphis Three doesn’t technically have an answer, the documentary about their case, West of Memphis, makes a provoking case.

The case of the West Memphis Three was first detailed by a trio of documentaries on HBO in the Paradise Lost series. The case, for those uninitiated with its details is better described at this link, as well as in the movies (available on HBO Go) and the movie I am writing about here specifically.

Last night I finally got to sit down and watch West of Memphis. This is technically the fourth separate film covering the case, despite this not coming from the Paradise Lost crew. West of Memphis, however, holds an important distinction over their predecessors. Paradise Lost takes place in real time with the case. Therefore, the information suggested in the second film, released in 2000, seven years removed from the crime in question, ages worse with time than the third installment, released in 2011. That is not to say that Paradise Lost is a bad series – it is far from it, I’d suggest it to anyone remotely interested in a true crime story. West of Memphis came out after the three men imprisoned for a crime they clearly did not commit were released from jail (This news is both true and three years old, therefore it is not technically a spoiler). This allows for time to be better allocated during the documentary to discoveries that have been made over the twenty years of the case that have provided many possibilities – namely the identity of the person who is by and large the most likely culprit. The likelihood that West of Memphis has nailed it’s target is on par with the chances the sun rises tomorrow.

With the benefit of hindsight, the case creates an incredibly engrossing watch. For three teenagers that are charged with committing horrendous crimes it makes you incredibly sympathetic for their cases. West of Memphis details what went wrong in such detail and clarity that it is impossible not to be emotionally engrossed and outraged within the first hour.

I’m a man who loves documentaries as well as true crime stories, as previously stated. In a way, West of Memphis is a story cater made for me. This would also be true of my father. But further than that, West of Memphis is a story that could (and would) connect to just about anyone in the way that justice and fairness are almost universally held ideals. To see them broken in a story creates our villains. Cinematic dictators and world destroyers are prime examples. Darth Vader has nothing on the villains of West of Memphis though, because no Death Star ever blew up Alderaan but these men did wrongly convict three people from a year prior to my birth until the time I was a junior in high school. That’s wrong. And that’s what makes this such an amazing film. It gives a depth to the antagonists that no other film gets to – these people exist and are in the world today. You can find them on the street. It’s incredible in the darkest possible way.

This all goes to say that I could not suggest this film more. Many of my friends are constantly in search of something to stream of watch online. This is the latest choice. I can promise you that you will not regret it.

One thought on “West of Memphis”