The dust has settled. The fights have finished. After weeks upon weeks of speculation we finally have our playoff picture for the XFL. The final week provided some shocks – Houston and Pittsburgh each playing spoiler to the seasons of Washington and Denver respectively – but largely provided some clarity for the next three weeks. This is obvious as this week quite literally determined who made the playoffs, but it also affected who has an easy path to the title and who does not.

Above is the bracket for the playoffs. This crop of contenders is a unique one in that it fields seven teams yet to win a title. 2007 and 2008 were the only years in which no previous winners made the playoffs. This is because 2007 was the first year, thus meaning no one had ever won a title before, and 2008 had the defending champion (Waverly/Me) miss the playoffs. Since then there has been at least one returning champion in each playoff field. 2009 and now 2014 are the only ones to have exactly one returning champion with Waverly occupying that slot on both occasions.

So what does this mean? It’s fairly simple, there is a 87% chance that the champion in 2014 will be admitted to the champion’s club alongside Paul Bruzzano, Dan Griffith, Jason Kohn, Chase Lenahan, and I. Let’s take a look at the eight contenders.

Talk about a surprise. Minnesota had entered Week 13 as an 11-1 behemoth that had been regularly blowing teams out, save for a loss to Houston, all season long. Seattle was a game behind the Buzzsaws all year until the two conveniently played in Week 13. By taking down the vaunted hardware-named squad the Rage own the head-to-head tiebreaker. This means that the Seattle Rage are your top overall seed for the playoffs. Greg Fenn has routinely put competitive teams on the field only to find mixed success. This season is far and away his most successful, largely in part to brilliant management of free agency. Pickups like Knile Davis and Jarvis Landry have transformed the team. Also, an intelligent gamble on Arian Foster has paid off more than anyone expected. Seattle has a very good chance to take home their first title in the same calendar year that the Seahawks did. They will open up with a family matchup against Houston.

Minnesota showed its flaws at almost the worst time. Had it been any time past last week then Minnesota would have, possibly, dropped out of the playoffs much earlier than predicted. By showing their ability to lose in Week 13 it allowed the previous juggernaut to get bumped down slightly while also putting blood in the water. Las Vegas coach Dan Griffith had noted over Thanksgiving that he “[thought] Minnesota was going to run through the playoffs.” Now, having seen that they might be cooling off, every other team around has their fangs ready. Sean, as always, is a villain. The chance to knock his team from the playoffs is as sweet an opportunity as any. A target as large as all outdoors is on the back of the Buzzsaws now. Bub Fenn’s Miami team has no reason to be out for blood – not Bub’s MO – but the thought that he could make a run is a bit too tempting to pass on. 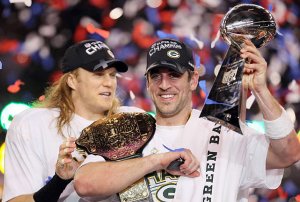 Presented without comment, Aaron Rodgers opponents during the three rounds of the XFL playoffs: 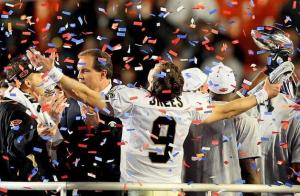 Even with a loss in Week 13 the Lions are playoff bound. When all three are at their best there may not be a more terrifying combination than Drew Brees, DeMarco Murray, and Eddie Lacy. Oklahoma City was the team that no one wanted to hit in the playoffs. They have been largely unpredictable this year, a by product of Brees’s performance, but when they are on they are on. With this in mind Oklahoma City provides what is largely the most entertaining playoff scenario. Andrew Rebensky’s team also has the chance to become the second ever to win the championship after having the number one pick in the draft, following New Orleans in 2008.

It’s fitting that Matt Bruzzano, who just last year was a singular Phil Dawson extra point from his first championship, would get another crack at the title. It’s also fitting that the Fantasy Gods decided to really make him earn it by giving him Oklahoma City to open up the playoffs. Green Bay might implode or they might shock the world. As their absurd (6-5-2) record shows literally anything is possible with this team.

Ladies and Gentlemen, the seventh try is the charm. Dan Schlosser has finally finished above .500 and made the playoffs. Riding the same high as the Kansas City Royals the midwestern team is heating up right when it matters. LeSean McCoy is looking like his former, world-destroying self. Jeremy Maclin showed his Nick Foles-tenure success again in Week 13. Even Alex Smith was looking good. It’s dawning on me as I write this that the first round matchup features Alex Smith and Aaron Rodgers, two quarterbacks that have a history as the former went first overall only to become a decent starter while the latter was repeatedly passed on only to become a likely Hall of Fame member upon retirement. Bad blood is always fun. Given that Dan and I also competed together as a debate pair in high school this provides a fun matchup. Is Kansas City magic? Possibly. 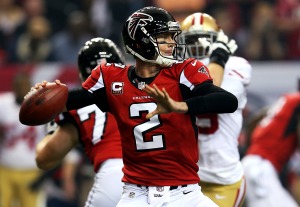 I’m not sure there is anyone in the league rooting against Bub Fenn’s Miami team at this point. This is including Sean Albright and Minnesota. It’s just impossible to root against Bub. He could beat me 3000-225 and I’d still celebrate with champagne. Let’s go Miami.

Thanks to monster games from Calvin Johnson and Jay Cutler, as well as Denver’s loss to Pittsburgh and Las Vegas’ to Waverly the Extreme are in the playoff hunt. This has been a beyond up and down season for the heartland gang, but last week was an important reminder. When Houston is clicking, they are really clicking. Calvin Johnson, DeAndre Hopkins, and Julius Thomas are no joke. This could be a lurking dark horse.

In other league news the teams that fell short of title contention this year get a head start on 2015 draft prep as the official order has been set for the first half of the draft.