We Need To Fix The Oscars Telecast 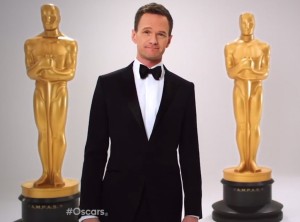 There needs to be something done to change up the Oscars telecast. I’m far from the only person with this idea today, but last night’s ceremony had me frustrated just about all day, and it’s really a behind the scenes issue. I had no problems with the performances of the Best Song nominees – “Everything Is Awesome” and “Glory” were two of the strongest moments of the night. Speeches are what they are, sometimes calls to action – Patricia Arquette’s – sometimes crazed excitement – Eddie Redmayne – and sometimes altogether different – too many to count. But I was upset that Neil Patrick Harris, a man who was a brilliant a choice to host as any, was misused so greatly.

Neil Patrick Harris is talented to the point that it seems like he’s playing a character. He can, if anything, actually do too many things well. He should be an amazing host for the Oscars. He’s funny, he can sing, he can dance, he can act, he can do everything that the awards themselves shine upon. But to have him go more mean spirited in delivery was the absolute opposite of what he should have done. He kept telling the same joke. I laughed when I heard the “Tonight we honor the best and whitest, I mean brightest” line. But to change the wording slightly and keep the joke running all night was not funny. Seriously, this is Barney Stinson we are dealing with. How do you make him not funny?

I could write for hours on the magic box that had NPH’s predictions but I simply don’t have the patience. It didn’t work and ranked among one of the weirder ideas to have as a Oscars gimmick. But this speaks to poor producing. It’s not NPH’s fault that his jokes weren’t that funny and some bits made zero sense. Yes this show is about the grandeur of Hollywood, but when I’m only getting into bed at 1AM things need to go.

Lady Gaga’s tribute to Julie Andrews, while well executed, ran longer than the In Memoriam montage. We got the entirety of The Sound of Music – which had nothing to do with anything that night – and no clips of any passed performers, namely Robin Williams and Lauren Bacall. Did no one think this was an odd decision in the writer’s room?

Look, the ceremony can become a bit of a mess. It straddles on the line of having the host do too much and too little at the same time. The solution should be simple, but will never happen. Cut down the fat as much as possible. Get through the categories so that people can still be awake for Best Picture to be announced. Allow the night to matter more for the actual movies rather than trying to do much more else. This doesn’t have to be a four and a half hour show. Just have someone do a good monologue – Steve Martin, Tina Fey & Amy Poehler, Eddie Murphy, anyone that’s strong in stand up – and get out of the way. I’m not saying get it over with, but I’m not necessarily not not saying it. Doing less would actually do more.