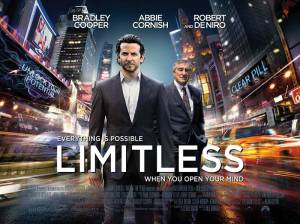 2011’s Limitless provided one of the most fascinating movie plots I’ve ever come across. Bradley Cooper played a man that discovered a miracle drug that allowed him to unlock the ultimate potential of his brain. He could see the world more clearly, remember everything, and succeed at the highest levels of life. I’m not largely into science fiction – at least not to extreme degrees – but I was more in love with the concept of this movie than just about anything else I can remember in the past half decade. The movie itself was decently reviewed, although I thought it was fantastic. Today brought an interesting announcement, four years after the film’s release.

Announcements had been made in previous months that CBS was developing a series based on Limitless. What came today was the announcement that Bradley Cooper would be involved with the series beyond his executive producing title. Cooper will have a recurring role on Limitless playing his character from the movie. Note: This isn’t an HBO or cable series. The likes of Matthew McConaughey have jumped to the small screen for True Detective, but Cooper going to CBS after three straight years in the Best Actor pool at the Oscars is an absolute heist.

I was already in on anything involving the Limitless story, but adding Cooper, who may have a genuine claim for Best Actor Alive (alongside McConaughey and Jake Gyllenhaal, to name two) has me giddy. Here’s the first trailer for Limitless. Get really excited.