The New York Giants’ Jason Pierre-Paul is a bad, bad man. Over the past few years he has blossomed into one of the best defensive ends in football behind a frightening bit of athleticism. JPP is best known for hitting backflips in full uniform while at USF and in the pros.

On July 4th JPP apparently purchased a full van’s worth of freedom for celebrating the holiday. Users on Twitter shared the semi-terrifying, entirely awesome proof. 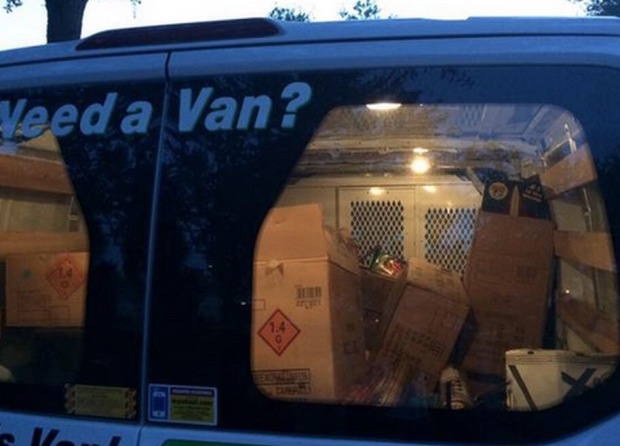 You can probably guess where this is going. Something happened with the gargantuan amount of explosives and my buddy Jason Kohn’s favorite player had to be rushed to the hospital.

News comes out tonight that Pierre-Paul has apparently HAD HIS RIGHT INDEX FINGER AMPUTATED. Dear lord that’s terrifying. I’m already afraid of the stove, let alone something packed with gunpowder thicker than my thigh.

So now JPP is reportedly going to play this upcoming season down a digit. I’m not sure if this is an advantage or not, but I’d be even more terrified to block him now. It’s not about the missing finger, these things happen… Kind of. No, I’d be horrified that he blew his finger off and immediately decided “yeah I’m still playing this year.” Fear JPP, one less piggy and all

← Wel-diddly-elcome Back, Harry
Cary Vs. Wildlife →