Who is the best team in the XFL right now?

No, seriously, I’m asking. I don’t have a clear favorite anymore. For either the first time in league history or the first time in a long while the disparity between playoff and non-playoff teams is striking. Currently the eight teams in the playoffs have records ranging from 7-2 to 5-4. The next team out of the playoffs, Jason Kohn’s Chicago Hitmen, sits at 3-6. All other teams below him sit at 2-7, save for Paul Bruzzano and New Orleans at 2-6-1.

Here’s what that means going forward. Chicago would have to win each of its next four games to finish above .500 for the year, making 7-6 the best possible finish for this team. New Orleans could reach exactly .500 at 6-6-1, similarly in need of finishing on a four game winning streak. Chicago and New Orleans play each other in Week 12. For the purposes of today’s article, we don’t need to get overly concerned with Chicago and New Orleans’ outside chances at the playoffs.

Instead, today let’s play a fun game. Let’s go through our eight contenders and make a case for why they will win the championship. Admittedly some cases are harder to make than others. Additionally we need to remember that injuries can strike at any moment – Andrew Luck was diagnosed with a lacerated kidney 20 minutes before I began writing this.

So, with respect to Denver, Kansas City, Seattle, Philadelphia, New Orleans, and Chicago, let’s make the cases for each current playoff team. 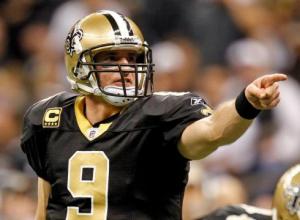 Why they’ll win? Because they’ve done it before. Specifically last year. Quarterback Drew Brees lead the Lions to the promised land last year and, despite being a preseason favorite to bust this year, has looked incredible the last two weeks. The Saints aren’t a terribly good team, but frankly that doesn’t matter, and might make Brees more dangerous. The more shootouts that he gets into the better. Let’s not forget this is a guy that has won teams championships before – 2012 Titans and 2014 Lions – and has made strong contenders of others – 2010 Chargers. Throw in that his OKC receiving corps is better than his real one – Jeremy Maclin, Allen Hurns, and Emmanuel Sanders – and you’ve got a strong playoff team. Touchdowns don’t lie.

Why they’ll win? Because quarterbacks are overrated. You do remember that Derek Anderson and Donovan McNabb have each won more XFL championships than Tom Brady, Aaron Rodgers, and Peyton Manning combined right? Green Bay swung a dynamite trade for Adrian Peterson early in the season and now AP is leading the league in rushing. Last year’s rushing leader DeMarco Murray not only carried his team to the championship in 2014, but is also lining up alongside Peterson for the Blizzard. There are plenty of capable enough QBs to fill in for the Blizzard – Ryan Fitzpatrick, Brian Hoyer, Josh McCown – that can just show up and not do awful. When the temperatures dip low in the midwest, Green Bay will pound the rock all the way to Matt Bruzzano’s first championship. 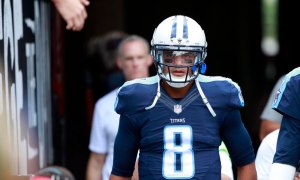 Why they’ll win? Because consistency matters. Cary Lenahan and his Senators are the antithesis of a flashy team, but who cares about that? Would you rather lose and look cool or win? The whole point of this all is to show up each week ready to play, put up numbers, and rack up wins. Outside of one week of bye-week-hell, the Senators have been remarkably consistent. They won’t blow people out, but they also know what they’re getting. Let’s not forget after all, any team can have things break their way to a big week, but it’s much harder to throw up good to great scores on a regular basis. It’s not about coming in as the juggernaut to the playoffs, it’s about coming in knowing what you’ll get. 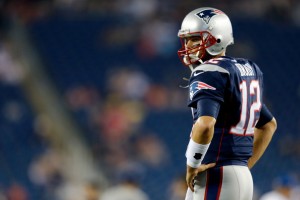 Why they’ll win? Because they have the best players. No team in the league puts forward a more talented line up on Sunday than Laura LaBrecque’s Baltimore Bears. Tom Brady and Rob Gronkowski comprise the most fear inducing tandem of players of anyone outright. Throw in dynamic scorers like Devonta Freeman and DeAndre Hopkins, both putting up monster years, and you have a team than can and will score north of 1500 on you. Veteran presence like Brandon Marshall and Matt Forte – soon to return from an MCL sprain – only serves to make them more dangerous. Do you really feel comfortable betting against Brady, this season of all seasons?

Why they’ll win? Because everyone is forgetting them. The Spikes were pegged as the best team coming out of the draft in August. After the blockbuster that brought Marshawn Lynch and Antonio Brown to town the Spikes began the year 1-2. Everyone cooled off on them. Well, Matt Gronsky’s guys are 5-1 in the last six weeks, their only loss coming to Oklahoma City last week when the Lions scored 1900+. Now that Ben Roethlisberger is back on the bench injured again, everyone is waiting for the Spikes to get bounced again. This is a team with the second most points in the league. Nobody believes in the Spikes. That’s why they’re prone to shock the world. 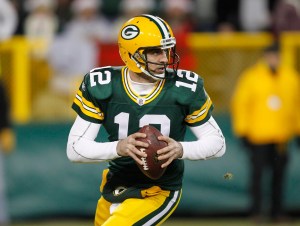 Why they’ll win? Because they’re coming alive at just the right time. The Titans and Chase Lenahan have been okay to good all year, but in the past few weeks have begun to show what their full potential is. Aaron Rodgers got decimated by the Denver Bronco defense, but promptly followed that up with a 675 point outing against the Panthers. Rodgers is a monster, and the defenses he has left this season aren’t all that difficult. Frank Gore and Lamar Miller, Miller especially, have been looking strong and are starting to kick into high gear. Brandin Cooks has suddenly returned to prominence in the Brees renaissance. Their best people are getting hot just four weeks away from playoff time. That’s dangerous, especially as the current 6th seed.

Why they’ll win? Because they always do. Las Vegas hasn’t ever needed to make the playoffs as a high seed to do well. They just need to get into the party to crash it. The High Rollers have won two championships in team history and were a Rob Bironas field goal away from 3 in 4 years. I don’t want to bet against all-world receivers like Julio Jones – already over 1,000 yards this season – and a surprising turn from Andy Dalton. Given that Tony Romo will be back soon, the High Rollers will have flexibility at the top of the lineup with just the right kind of consistent, yet strong lineup to make waves in the field of eight.

Why they’ll win? Because it would be unbelievable. For a team to lose two critical players normally spells disaster for a season. The Chargers somehow won last week and are projected to win yet again in Week 10. Just about everything will have to go right from here on out, especially regarding Carson Palmer and Todd Gurley, but the narrative here would be impossible to deny. The most exciting stories show people/teams overcoming seemingly insurmountable odds. The Chargers are at the bottom of the totem pole right now, down to their last out, and ready to steal it all.

← Help Us With A Survey? Pretty Please?
The Opener and The Rematch →