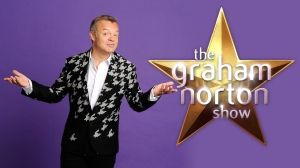 Graham Norton has one of the best late night shows that you’ve never watched. That’s almost certainly because it’s primarily broadcast on the BBC overseas. It’s a lot like Watch What Happens Live with Andy Cohen here in the states, but delightfully British. The show’s YouTube page is a treasure trove of terrific moments for many a celebrity, but forget about that. I just want to share the following video.

This is a man getting uber-rejected on a national stage to the point that everyone is hilariously shocked. This was shown to me by my brother Chase, and is quite possibly one of the funniest things I’ve ever seen. This is amazing.