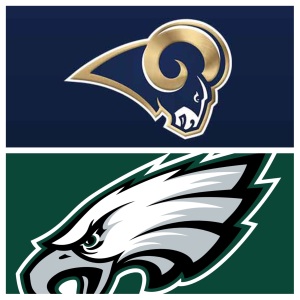 All hell has finally broken loose with an NFL Draft! This is exciting because teams normally don’t trade away the top pick in the draft. Certainly this doesn’t happen for the top two picks overall.

Nevermind, yes, that does happen. This season, in fact.

The Los Angeles Rams had swapped a boatload of picks for the Tennessee Titans’ top selection not too long ago. This made sense with regards to a necessary gamble. The Rams will (probably) take Jared Goff as their new franchise quarterback and trot him out as the team looks to make a successful return to Los Angeles after a 20-year stint in St. Louis. Whether or not the picks sacrificed were good or not will take entirely too much time in the future to determine now. I prefer to think if I were the GM of the Rams would I have done the same move? I would have, almost without a doubt, given what the situation for this franchise is.

However, things got officially bonkers today when the Cleveland Browns, of all teams, flipped their #2 pick to the Philadelphia Eagles, of all teams, for another cargo ship of selections. This one gets extremely interesting fast. In theory the Browns were going to take Carson Wentz to be their quarterback should Robert Griffin III not pan out in his redemption tour. If not Wentz, then someone like Jalen Ramsey or Joey Bosa to sure up the defense. But the Eagles are in a much, much different place.

They both need a quarterback and don’t at the same time. Sam Bradford likely isn’t a long-term solution based on past performance – underwhelming for the Heisman-winning 2010 #1 pick – but the team just gave him a $22 million extension. That’s not temporary money. Weirder yet is that they also signed former Missouri QB Chase Daniel as a backup for $12 million. They traded five picks to move up six spots in this year’s draft to either take Carson Wentz as their third option, or snag one of those defensive players. If it’s the former – what’s the reasoning? If it’s the latter – are you serious?

Wentz might be really good but there is plenty of cap room tied up with people already employed in Pennsylvania. If it’s a defensive player, do you really believe that Joey Bosa is worthy of 5 draft picks? Especially when the Eagles were picking 8th already. That’s just odd. And if the team throws a curve and takes someone like Ezekiel Elliott, good luck.

Who’d have thunk it that the Cleveland Browns would make a shrewd business decision? This is insane and amazing all at once.