Finding Dory Made Me Cry

This weekend saw the release, at long last, of Finding Dory. The sequel to 2003’s classic Finding Nemo is an exceedingly welcome addition to the Pixar film canon, and was exciting to go see. Here’s the bad news: It’s not as good Finding Nemo – although that’s one of the best Pixar films, so matching it is a tall order, especially after 13 (13!!) years. But the good news? It’s very good. It’s endlessly watchable, if a little more ridiculous than the first. You can see it and be entertained throughly. This applies for adults and children alike.

But the standout of Finding Dory is by far the introduction of Baby Dory. 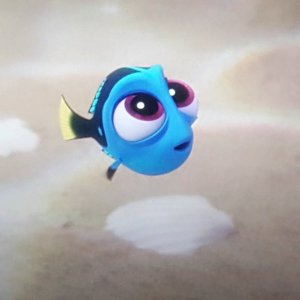 There is not much I can tell without spoiling this film – and given how excited people have been, I won’t – but I will add this: Baby Dory is responsible for some of the most moving, emotional moments in Pixar film history. And given the feelings buzzsaw that is the first 10 minutes of Up, that’s saying something.

Take your kids to go see Finding Dory, but please smuggle in some tissues. Trust me.