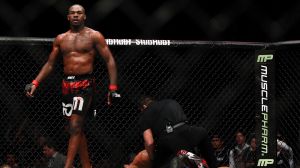 I’m not a terribly big fan of UFC, but I do casually follow the sport. My only exceptions come from the biggest stars the company have to offer – Conor McGregor, Ronda Rousey, Brock Lesnar, and especially Jon “Bones” Jones. Jones, the former UFC Light Heavyweight Champion, has never lost a fight as a professional (his only “loss” coming from a very questionable disqualification years ago) and is widely known as maybe the most dangerous fighter in the company. He was scheduled to fight rival Daniel Cormier this weekend at the biggest event in company history, UFC 200.

The fact the previous sentence is written in the past tense is frustrating.

Around midnight last night news broke that Jones has potentially violated anti-doping regulations in the lead up to his latest fight. This is bad in every sense. He’s off the UFC 200 card – joining McGregor in being planned but canceled from what should have been a gigantic night for the company. But worse, we are continuing to miss one of the best fighters in the world during his absolute prime for avoidable offenses.

I don’t mince words when I say it’s his fault. In April of last year he was stripped of his title and suspended because of testing positive for cocaine and his involvement in a hit-and-run car accident. He wasn’t in the company again until October of last year. His only fight since has been in April of this year, defeating Ovince Saint Preux – a man you’ve never heard of, nor have I – because Cormier was forced to pull out of their previously scheduled rematch.

Jones has fought all of twice since the beginning of 2015, The first taking place on January 3rd, 2015. He only fought once in 2014. He is now 28 years old, which is still very young in comparison to some of his competitors, but for someone in what is traditionally defined as his athletic prime to miss this much time is insane.

This weekend’s card was the most attractive one they’ve had in years for a casual fan. Not more than six hours before this story broke I was looking up ways to order the fights to see Jones in action. Sadly, that’s going to only become more rare than it has been as of late.

I’m disappointed, man. We need to get Bones back on track.