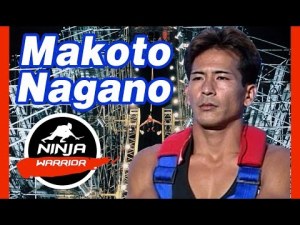 American Ninja Warrior is one of the more entertaining competition shows on television today, but it doesn’t have anything on the Japanese show that it’s based on. Sasuke, or Ninja Warrior as it was stylized for American viewings, is a hardcore version of the American counterpart and a thousand times better. Makoto Nagano is essentially the LeBron James of the competition, and for people that have watched a ton of the tournaments on TV – Read: Me – you get to appreciate his talents. He’s one of the only men to ever win the whole tournament. Watch his performance here, it’s incredible.

Apparently this summer was the last running of the tournament for Nagano, who was genuinely one of my favorite athletes as a kid and still kind of is now. Video surfaced of his last run and it’s somewhat heartbreaking to watch as he can’t quite make it before the buzzer.

I still love you Makoto, and always will.

And now, for a five day deep dive into Ninja Warrior clips.