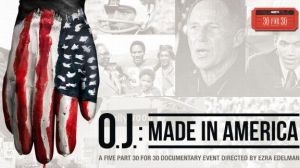 This morning was one of the best all year for fans and professionals in the world of entertainment as the nominees for this year’s Academy Awards were announced. There were few surprises to report on the morning – aside from Michael Shannon sneaking into the Supporting Actor category. The real contest was the field for Best Picture. The final collection of nominees ended up with La La Land, Moonlight, Manchester by the Sea, Fences, Arrival, Hell or High Water, Lion, Hidden Figures, and Hacksaw Ridge. This means the Academy elected to vote in a field of 9 films, leaving one potential spot available. If the header to this article is any indication, I think you know my thought process.

La La Land is a likely winner for Best Picture – an inviting, fun musical set in Los Angeles that glamorizes Old Hollywood and romanticizes the city. La La Land plays well to this voting base, even if the backlash against the film has become immense. For the record, I liked the film quite a bit. Moonlight is a beautifully touching film – one that will likely become a modern classic in the next few years – but the understated film might get passed over for something more purely entertainment. That said, neither would get my vote for Best Picture, because I’ll stand by OJ: Made in America as the best thing I saw in 2016 bar none.

Leaving aside the debate of whether OJ: Made in America is a movie or a TV show at heart, there was nothing in theaters or on screen last year that was quite as breathtaking as the sprawling, nearly eight-hour masterwork of Ezra Edelman. The documentary is explicitly about the life of OJ Simpson, tracing his rise to superstardom, The Trial of the Century, and his ultimate downfall, but the movie extends past the court case and past the gridiron to examine race relations in 1990s Los Angeles, and in effect, the United States. This is no small feat, and OJ: Made in America covers everything.

OJ Simpson was the center point of two pop culture phenomenon in 2016, including FX’s The People Vs. OJ Simpson. While the magnitude of his murder trial and the cast of characters within said trial made a fictional adaptation possible – and amazing – this story might best work as a documentary. The OJ case is the cultural moment I most wish I could relive as I am now, as I was born just after the infamous Bronco chase. It seems surreal, and at times in the FX adaptations, too outlandish to be real. With the exception of moments embellished for television, the show was true to reality. The case was really that outlandish and that important. That’s precisely why a non-fiction account is so incredible. It’s the most comprehensive case study not only of the trial, or Simpson but the context of this case in history.

The results are staggering. The patchwork of the eight hours leaves almost no detail unexamined and manages the ultimate balance – giving an insane amount of information while remaining entertaining. The documentary is only missing Bob Shapiro (one of the film’s main villains), Johnnie Cochran (who passed away in 2003), and Simpson (in jail) in proper talking heads, and yet they are more than covered in archival footage.

OJ: Made in America is an incredible film for a number of reasons, but none more personally important than its ability to reach different audiences effectively. My parents loved this film because the OJ trial was one of the biggest moments in pop culture history and they were able to revisit the case with new information. I loved the film because I was able to learn the case in great detail without feeling alienated by not being alive as it developed. Anyone watching would love the film for its immense understanding of racial tensions and the impact of the OJ verdict on the community in the wake of systematic racism and the Rodney King case.

The documentary did not come away empty handed this morning, as it garnered a nomination in the Best Documentary category – a statue that’s all but engraved already. A documentary has never been nominated for Best Picture before, yet no public rules forbid such an action to take place. If there’s a spot open, can’t we agree to let OJ: Made in America in late as a testament to its craftsmanship of one of the most compelling stories in history. Because, after all, isn’t that what Best Picture is meant to reward?