The Life of Pablo 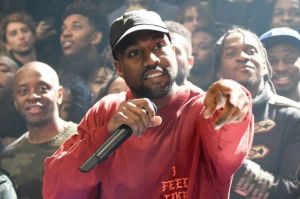 I haven’t fallen asleep before midnight for the last four nights. That’s because Kanye West claimed that he was releasing his 7th album on February 11th. That didn’t happen, and I cried many tears waiting for any sign of something new. Kanye hadn’t dropped an album since the day I graduated high school, so the wait was long enough.

Last night on Saturday Night Live, shortly after crushing his second performance, Kanye announced the album was out. Kind of. Well, he sort of shouted “Albumkanyewest.comrightnowtidalstreamingahhhhhhhhhhhhhhhhhhh.”

I spent roughly an hour waiting on any sign of the album and didn’t get anything.

So help me I even signed up for Tidal. Dead serious.

But this morning it was finally here. It’s streaming on Tidal for a week and available to buy on kanyewest.tidal.com.

It’s amazing. I can never be objective regarding Kanye, but this album is incredible. After three listens today I wouldn’t say it’s the best thing he’s ever done, but it’s immediately better than most everything else I’ve heard over the last few years. There are a few songs on here that are going to be amazing live – “Ultra Light Beams” and “Fade” the newest among them.

The Life of Pablo is here at last, and you need to find it one way or another as soon as you can.

← The Ice Planet Boston
The Grammys Are Trash, BUT →